“Common Cause is a nonpartisan nonprofit advocacy organization founded in 1970 by John Gardner as a vehicle for citizens to make their voices heard in the political process and to hold their elected leaders accountable to the public interest. Now with nearly 300,000 members and supporters and 38 state organizations, Common Cause remains committed to honest, open and accountable government, as well as encouraging citizen participation in democracy.” 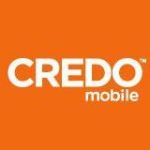 “CREDO is a social change organization that supports activism and funds progressive nonprofits… Over the course of our history, CREDO has raised and donated over $73 million for progressive nonprofit groups like Democracy Now!, Brennan Center for Justice, Doctors Without Borders, ACLU, EFF, Planned Parenthood and 350.org. Through our activism, we’ve generated over 12.5 million letters and over 2.8 million calls to decision makers in Washington DC, at state and local governments, and in corporate headquarters across the country. Our members have submitted their signatures over 62 million times on CREDO petitions and official government agency public comments.”

Friends Committee on National Legislation
fcnl.org
“The Friends Committee on National Legislation (FCNL) is a public interest lobby founded in 1943 by members of the Religious Society of Friends.  FCNL seeks to bring the concerns, experiences and testimonies of Friends (called Quakers) to bear on policy decisions in the nation’s capital.  People of many religious backgrounds participate in this work.  FCNL’s staff and volunteers work with a nationwide network of thousands of people to advocate social and economic justice, peace, and good government.”

“MoveOn is working to bring ordinary people back into politics. With a system that today revolves around big money and big media, most citizens are left out. When it becomes clear that our “representatives” don’t represent the public, the foundations of democracy are in peril. MoveOn is a catalyst for a new kind of grassroots involvement, supporting busy but concerned citizens in finding their political voice. Our nationwide network of more than 2,000,000 online activists is one of the most effective and responsive outlets for democratic participation available today.”

**Progressive Secretary**
http://salsa.wiredforchange.com/o/5597/p/salsa/web/common/public/content?content_item_KEY=5136
“Progressive Secretary sends out progressive email letters [in your name] to Congress, the President, and other officials on peace, ecology, civil rights and other issues.” This is my favorite of the political activist sites. While most of the others inundate you with donation emails, this one is simple–it just sends you a letter on a political issue that with one click you can have sent to the appropriate representatives in your name. A few times a year you get a request for a donation.

Project Vote Smart
www.vote-smart.org
“Project Vote Smart provides a comprehensive database about thousands of candidates and elected officials for President, congress, Governors and State legislators. Less detailed information is available at the county and local level for each state.” This site allows you to find out for yourself about the politicians, their finances, where they stand, who supports them and much more.

US Action
http://usaction.org/
“USAction builds power by uniting people locally and nationally, on-the-ground and online, to win a more just and progressive America. USAction organizes for power, for democracy and for change.”